Link to Toolkit for Banning Gerrymandering in Wisconsin

FAIR MAPS IN THE MEDIA

Wisconsin won't get back any of its $3.7 million in legal bills in gerrymandering case Journal Sentinel, August 22

In the War Against Gerrymandering, an Army of Voters Meets a Dug-in Foe New York Times, August 15

The human cost of the partisan gerrymandering decision Ruth Greenwood, The Fulcrum, July 3

To print this 4-up Fair Maps Flyer, right click on the image below, select copy and paste the image into a Word Doc after setting margins to zero. 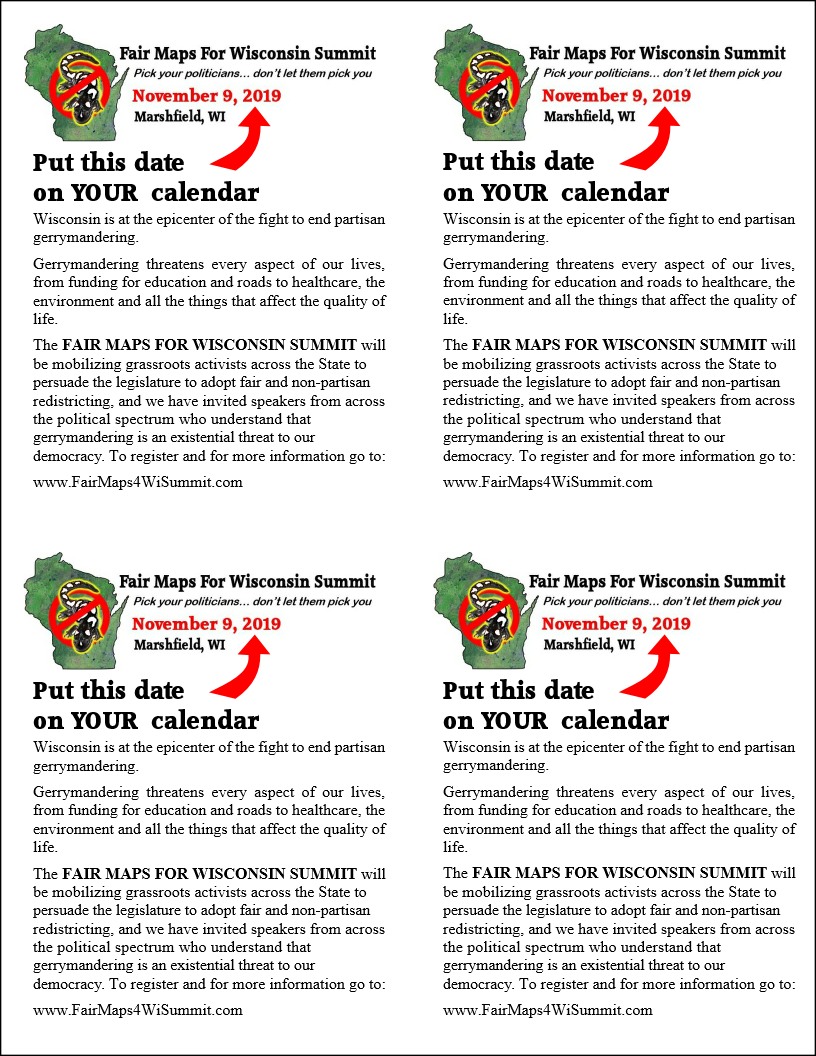